The brewing tradition will return to the Warsaw Breweries. The Kumpel Brewery will bewitch with their kraft beer, modern design and great cuisine!
Kopiuj tekst
Udostępnij 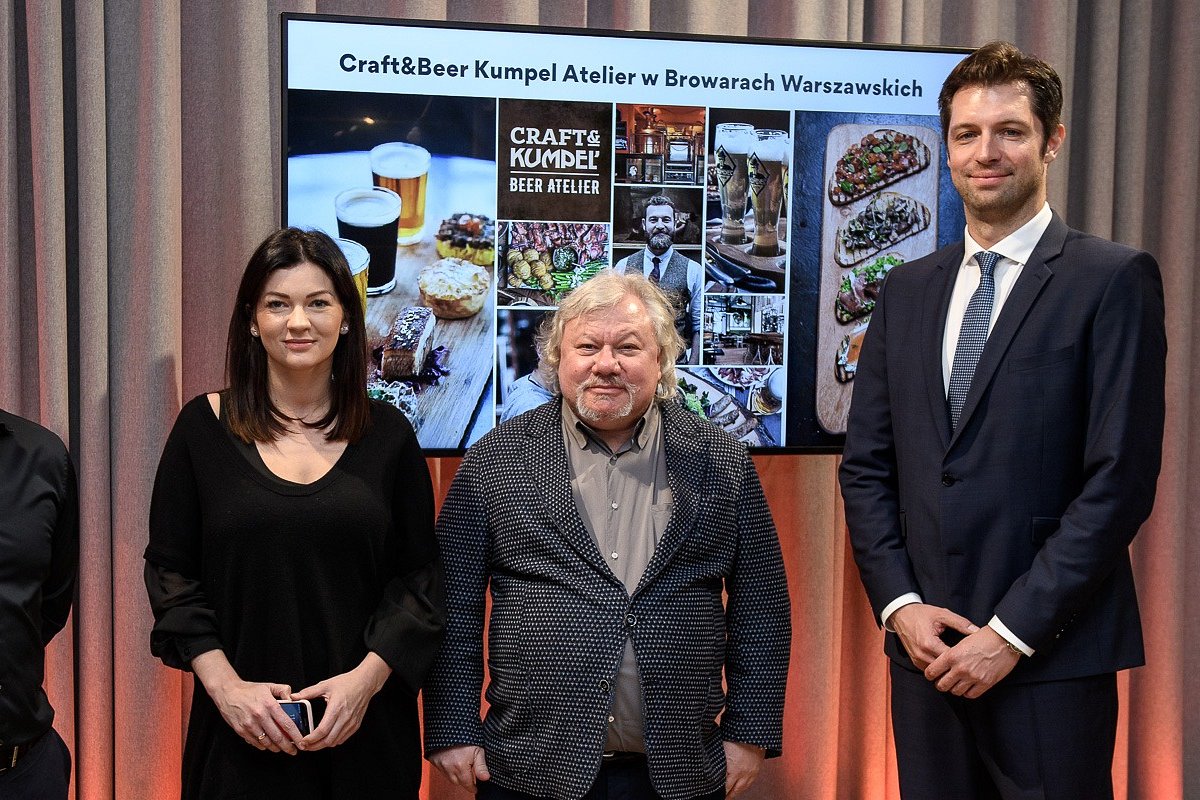 The brewing tradition will return to the Warsaw Breweries. The Kumpel Brewery will bewitch with their kraft beer, modern design and great cuisine!

The diversified offer of the District of Meetings and Flavours at the Warsaw Breweries is growing. Mark Zarkhin, a renowned Ukrainian restaurateur and the head of the Kumpel Group, the creator of the renowned restaurant Rest. Baczewskich in Warsaw, created an unusual concept of a place for exquisite lovers of beer and good cuisine. His own project will be established in the historic 170-year-old Cellars of the former Storage Cellar House. The reference to the history and tradition of the place, combined with Zarkhin's innovative idea, are his trademarks.  Craft&Beer Kumpel Atelier will have first guests in the autumn of 2020.

Mark Zarkhin is the head of the Kumpel Group. He has been successfully operating in Ukraine for many years, where he has established numerous amazing and attractive restaurants. The portfolio of the Kumpel Group includes original concepts serving traditional Galician cuisine and delicious beer, including Bachevsky, Głody Mykola and Kumpel. The dynamically developing chain of over 154 restaurants also enjoys success on the eastern border. Mark Zarkhin is also famous for his own beer production. In 2008, he opened the first restaurant combined with a brewery in Lviv. Over 420 000 litres of beer are brewed annually at the Kumpel Brewery. Gourmets of this beverage can choose from among 10 types of beer.
The Baczewskich Restaurant is the first restaurant, with which the Kumpel Group won the hearts of Warsaw residents. The revitalised palace at Szucha Avenue, one of the few buildings in the capital city that survived World War II, today encourages meetings in exceptional culinary and architectural circumstances. From the very beginning, the restaurant referred to the art of spending time at the table, the best drinks, modern lifestyle and fun, which is a symbol of the Baczewski family brand. Already three months after the opening, Rest. Baczewskich was nominated for the title of the best restaurant in Poland. In October this year, during the Poland 100 Best Restaurants gala, Rest. Baczewskich won the Debut of the Year 2019 award, and during the Restaurant Week 2019 festival — it won the award for the best main course in Poland.

Time for the Warsaw Breweries

The Kumpel Group did not rest on its laurels after the success of the Baczewskich restaurant. Craft&Beer Kumpel Atelier will be another vibrant, innovative and tasteful place on the culinary map of the capital.

From the beginning of our talks we realised that the Warsaw Breweries are a very important place for Warsaw. Historically, one of the best breweries in Poland and Europe was located here. Before the war, 10% of Polish beer production was brewed here, including the excellent “Eksport” or the exquisite “Porter”. We will rediscover these brands, but with care for history and traditional recipes. We will do everything to ensure that the quality of beer from Kumpel Atelier does not differ from the quality of beer from the old Warsaw Breweries.  Warsaw is a dynamic city — this place will be at its new centre. I am convinced that it will attract active residents, expats and tourists, and all these people will make it a “great anthill” — a place that is interesting, cheerful and fascinating.

Kumpel Atelier restaurant and brewery will occupy a part of the historic 170-year-old Cellars of the former Haberbusch and Schiele breweries' Storage Cellar House. It will be located on an impressive area of almost 1200 sqm. and the restaurant itself will occupy nearly 500 sqm. In addition, guests will have at their disposal a beautiful mezzanine with an area of 660 sqm.
The Restaurant intends to create a place that will be in line with the vision of the city being constructed in the quarter of Grzybowska, Krochmalna, Wronia and Chłodna Streets. One that will be gladly frequented by energetic people, but also by tourists visiting Warsaw. Everyone will surely feel special here — because while preserving the historical spirit, the restaurant will be distinguished by modern design. 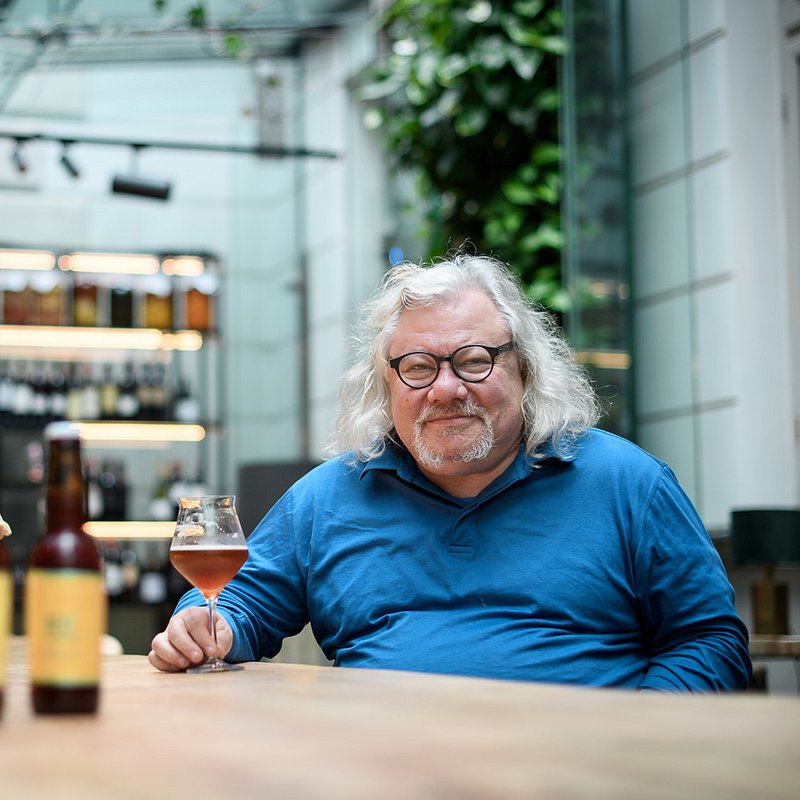 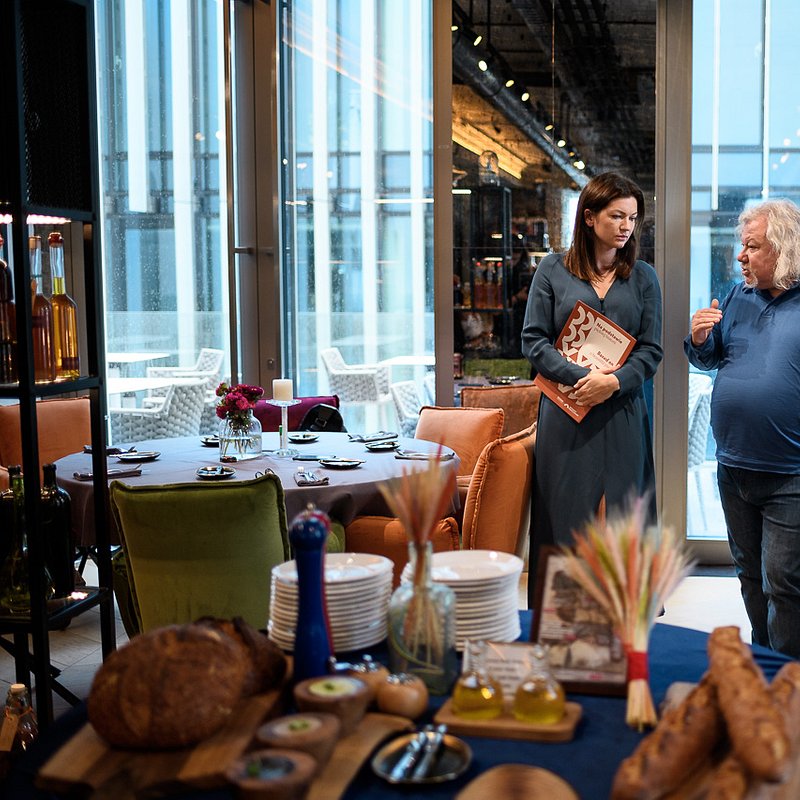 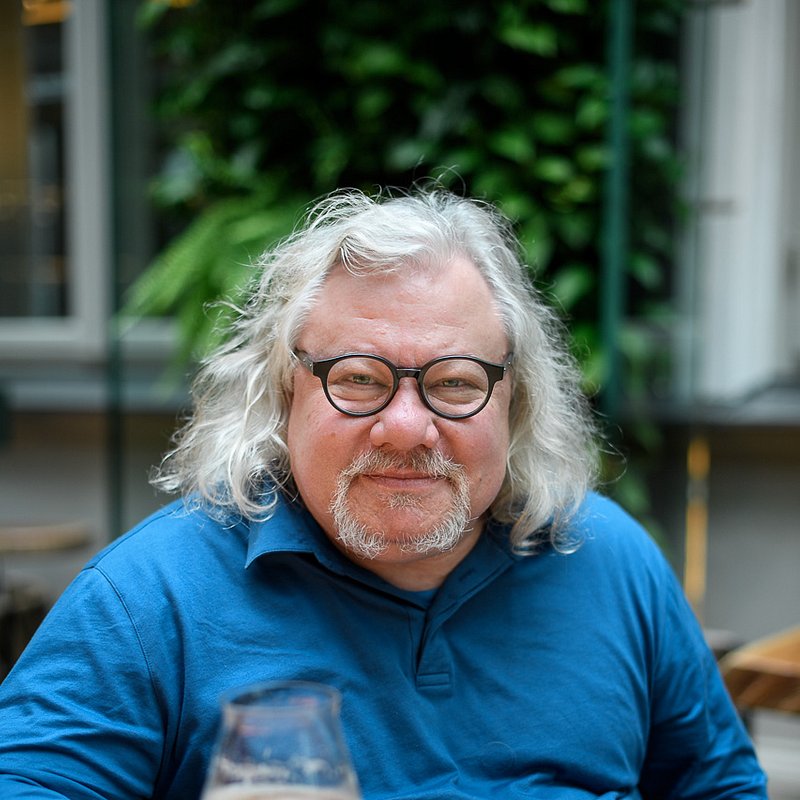 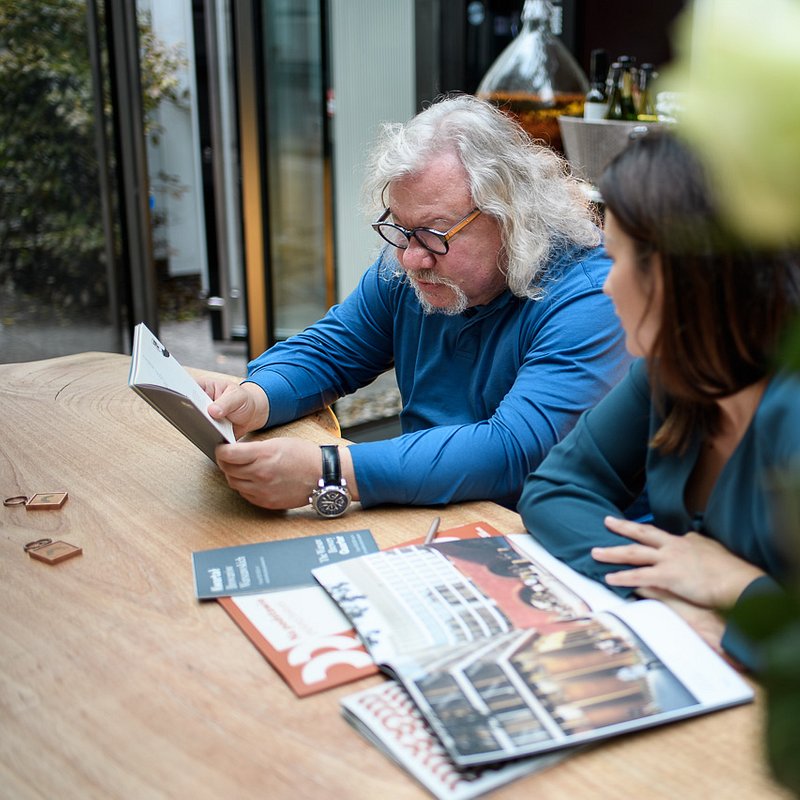 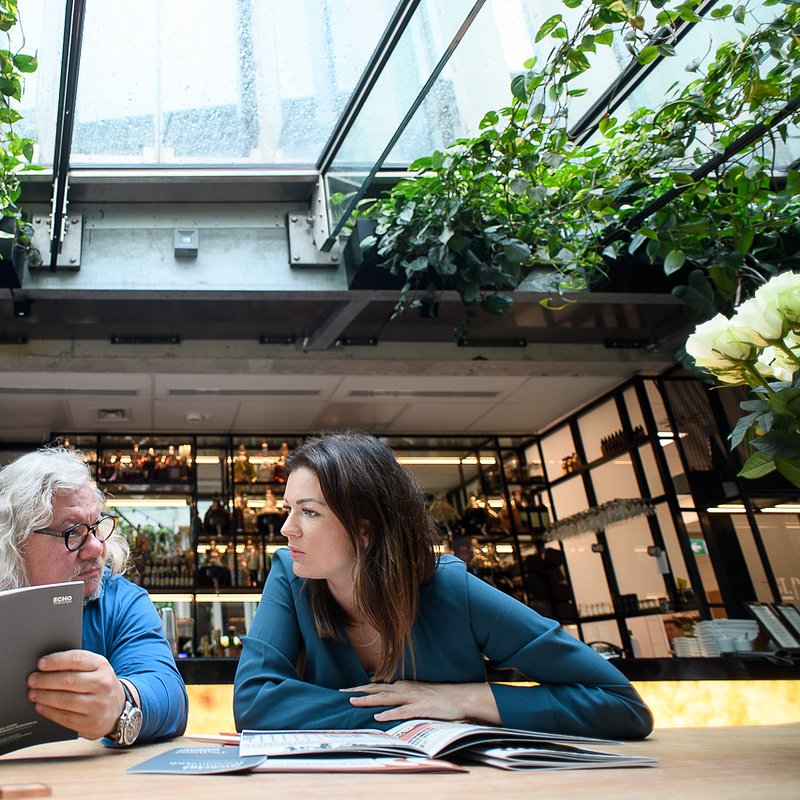 The historic cellars of the Warsaw Breweries are a place where the brewing industry is recorded in its DNA, therefore the concept created by the Kumpel Group fits it perfectly. The concept of brewing many types of uncommon beer builds a unique vision of this place and emphasises its uniqueness.

The Warsaw Breweries are an exceptional development of Echo Investment: located in the heart of the capital, a balanced fusion of past, present and future, ideal as a place to live, work, entertain and relax, open and inspiring. It's really great to co-create the history of a place that combines the new with the old. Thanks to Craft&Beer Kumpel Atelier, the brewing craft will return to the Warsaw Breweries again. I think this is a great punchline of our efforts to create a new, but traditional culinary district in the centre of Warsaw — a real District of Meetings and Flavours.

Marcin Materny, member of the Management Board of Echo Investment.

I am convinced that Mark Zarkhin is the right choice for the Warsaw Breweries. Kumpel Atelier will be a worthy successor to its pre-war predecessors. I can't wait to see the old storage cellar house and the old cellars filled with the scent of traditionally brewed beer and delicious snacks.

The District of Meetings and Flavours in the heart of Warsaw will become one of the most fashionable and expressive places in the capital within a year's time. The developer's ambition is not only to blend the previously-abandoned area of nearly 4.5 ha in with the city, but also to attract the best restaurants and cafes or attractive shops and services, which will naturally supplement the Wola district of Warsaw and satisfy the needs of residents and guests of the Warsaw Breweries. The largest construction site in the capital city in many years will be turned into an open part of the city, bustling with life 24 hours a day, seven days a week, already at the end of 2020. 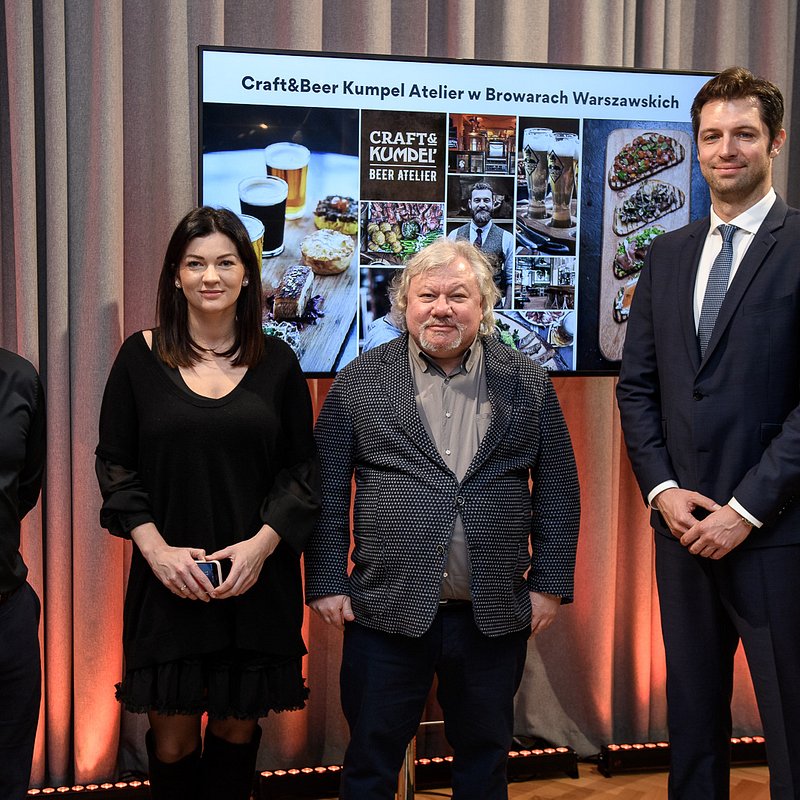 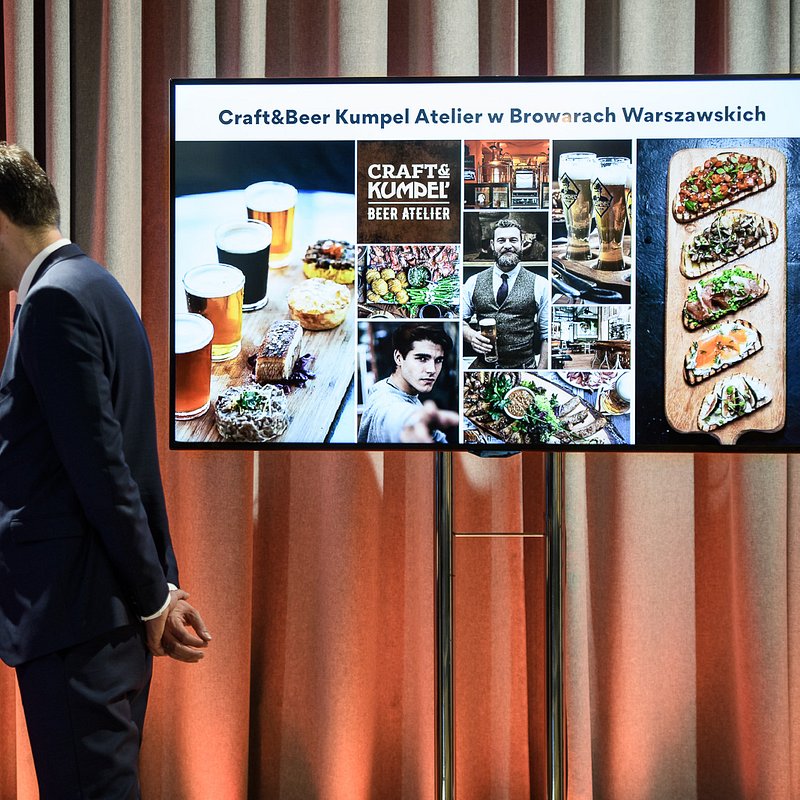 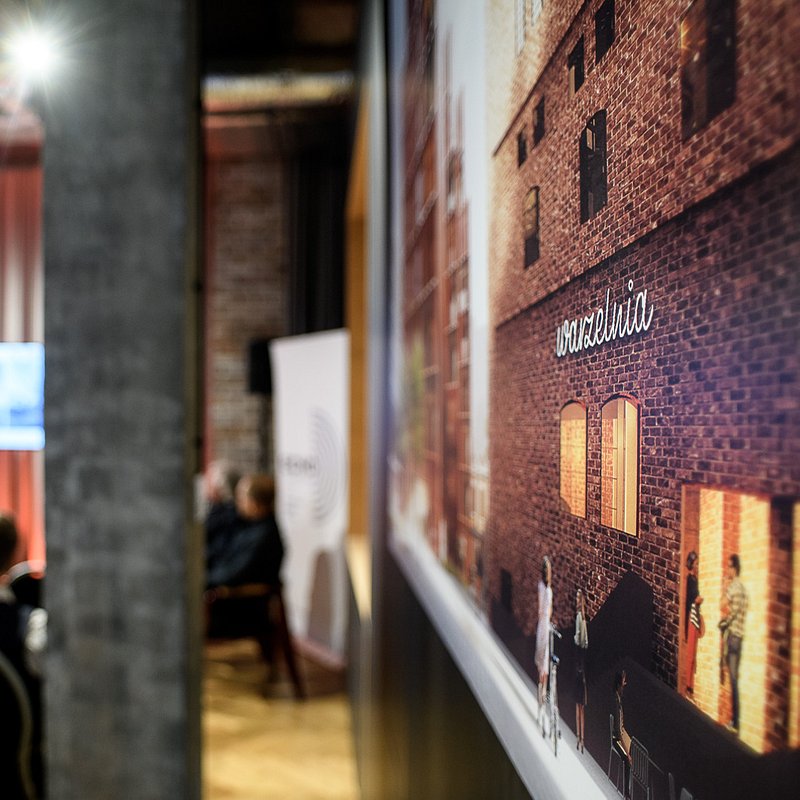 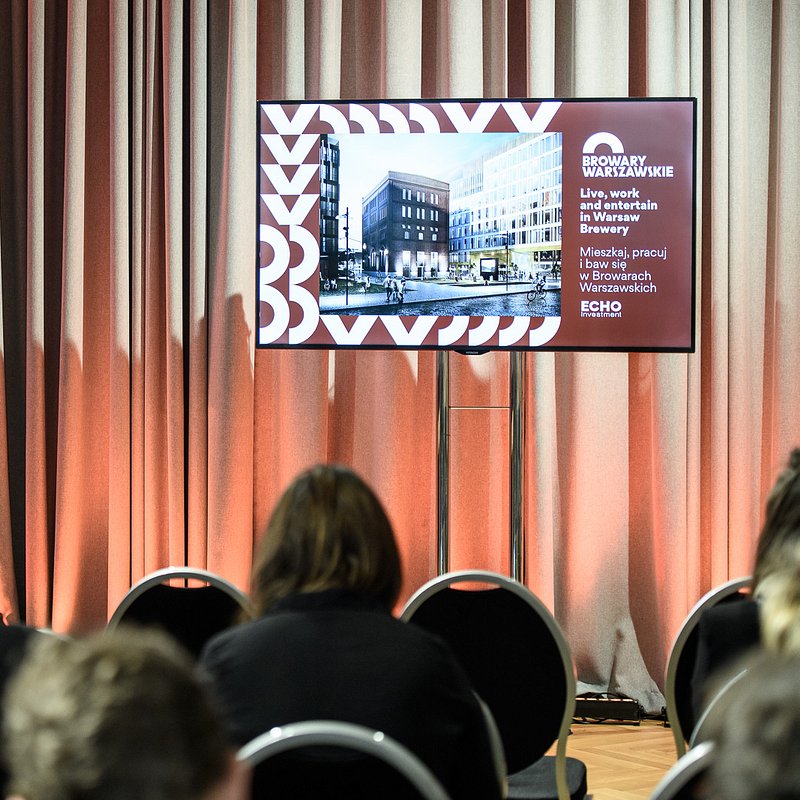 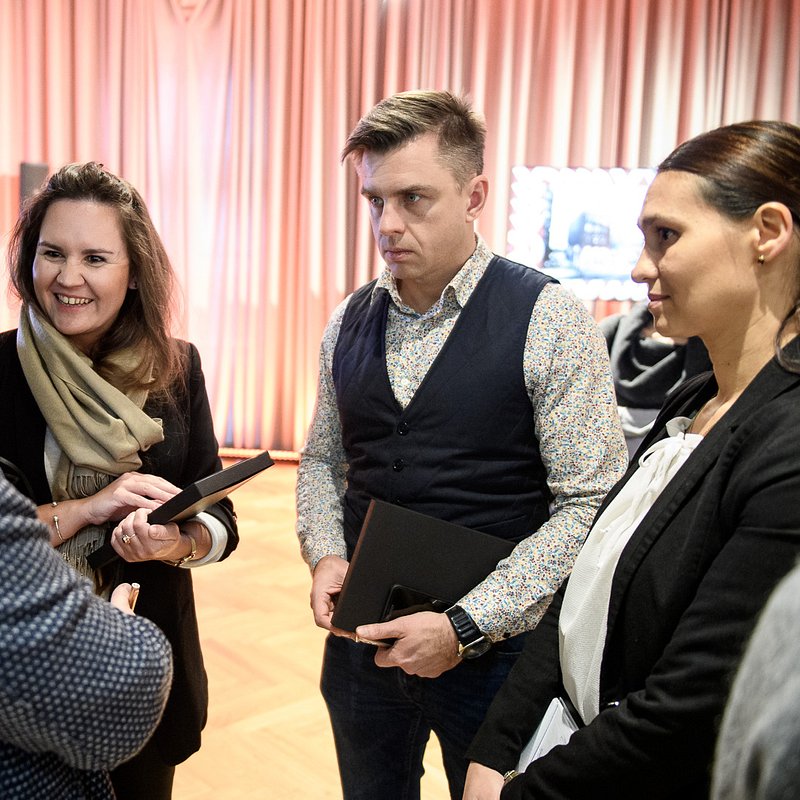 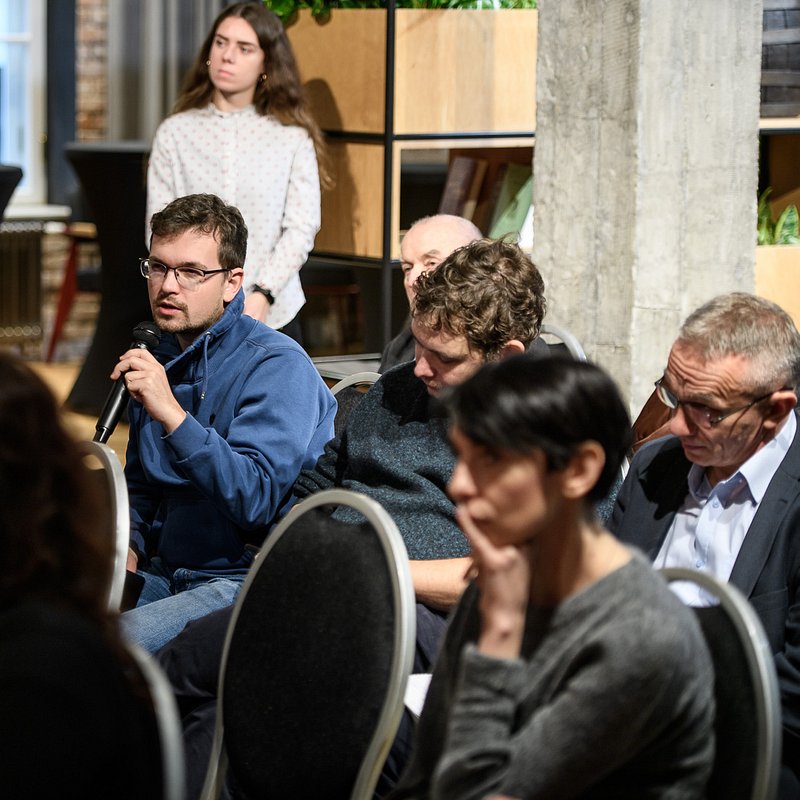 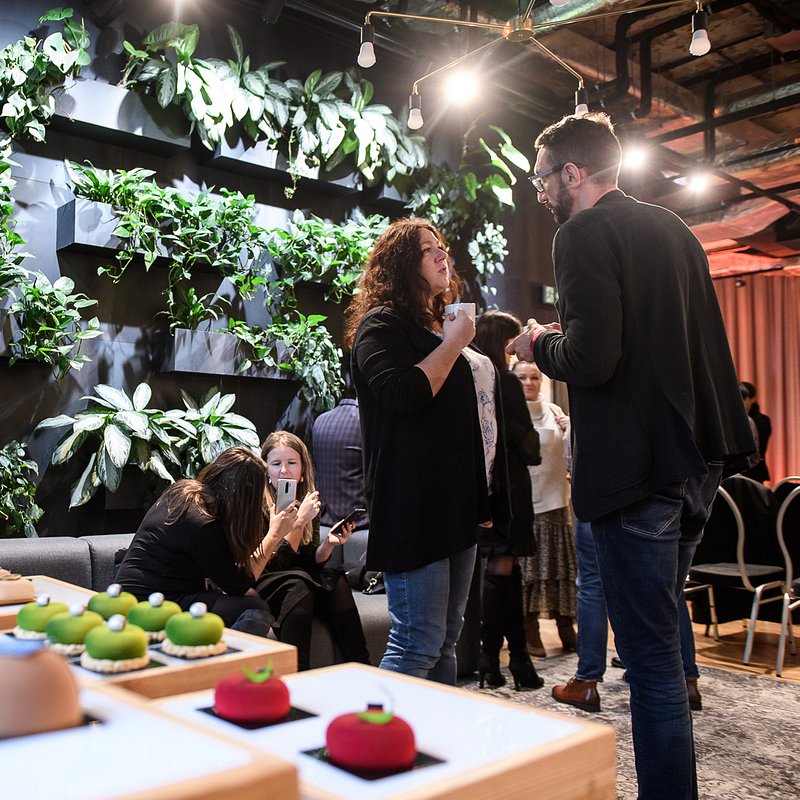 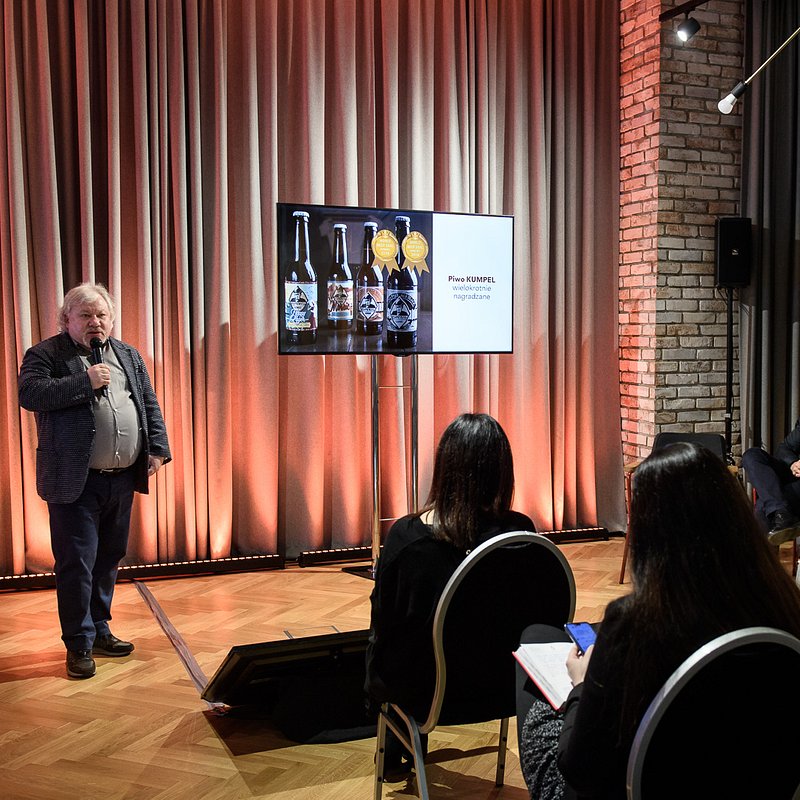 A unique idea, delicious flavors and amazing aromas. The Meeting and Flavors District will now have a place like never before! Badyle is a combination of a florist’s, an art gallery and a café where you can buy an adorable bouquet, relax and rest as well.

Another exceptional spot will soon be opened in the Meeting and Flavors District and not only fans of France will love it. A map of this flavorfully quarter in Warsaw's Wola District will be enriched by a bistro offering French delicacies. French bistro guests will be we...

By the end of 2020, Tapas Bar Sobremes located in Warsaw Brewary will invite guests to taste exceptional Spanish cuisine, perfect for fans of hot, southern climates. The sun will shine all year round in this restaurant!

DESEO Patisserie & Chocolaterie is another tasteful offer that will be close at hand for residents, employees and guests of Warsaw Brewery. The best desserts, ice cream and pralines will delight even the most demanding clients with a sweet tooth.